The oldest bike to date to come in for a restoration, this 1939 Schwinn Superior Track Bike. 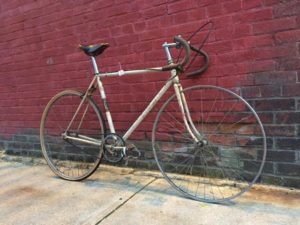 When Bill brought the bike in Dominic was so excited. He and Bill sat down and went over everything that needed to be done to get her back on the road. Together they agreed on a plan and Dominic was more excited about this bike than any other restoration he’s done. We displayed the old bike on the floor during the holiday season and Dominic showed it to everyone who came through the door.

Bill sent us some cool old catalog pictures I thought were really neat. 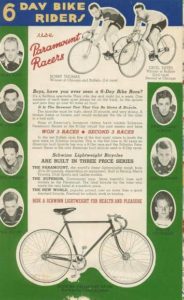 A few before and after pics of the details. 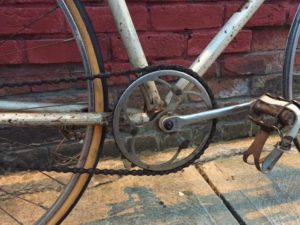 After: (not a new chain either) 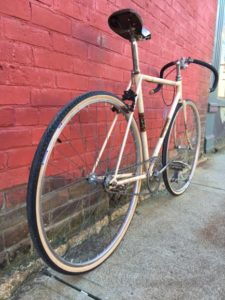 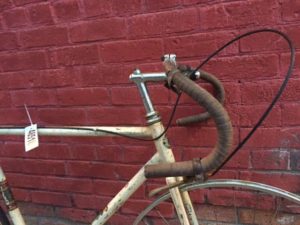 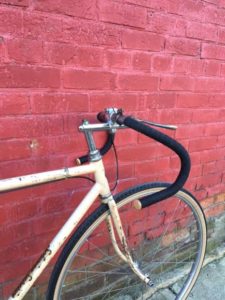 Dominic took the bike apart, used a grinder to get off all the rust of all the metals on both the frame and all the parts. Clear coated it the frame. Rebuilt all the bearings. Re-laced the original hubs to vintage Rigida rims we found on EBay.  Added new cloth bar tape and wooden bar end plugs. New tires and tubes and she now rides like a dream. 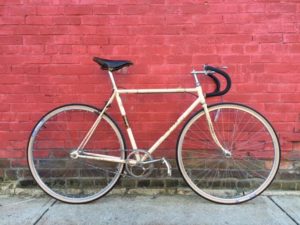 The very best part of a restoration is when the customer comes in to pick the bike up. In this case, the bike belonged to Bill’s dad. Bill told us stories of how he and his father would ride bikes together when he was a kid. Bill moved to different states throughout the years and when he settled in Cincinnati, he found our shop and trusted us to bring this gorgeous bike back to life. We are so lucky we get to do this!