We have had a great season despite the 11 inches of rain that poured down from mid June to mid July. Sales are up from last year and we even had a record sales month in May. I couldn’t be happier. Dominic and I are exhausted but it’s well worth it. The hard work pays off. I just found out we have been awarded Client of the Year from S.C.O.R.E. along with 3 other small businesses in Cincinnati. This is huge deal! I am stunned and honored. 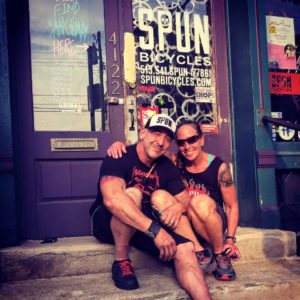 Spun Bicycles is gearing up for a few events next month that I want to put out there.

Somehow I created the Facebook event under my name instead of the shop name so if you’re into it, go here and keep up with the killer deals I’ll be posting about.  Mostly cuz the 2016 bikes are about to drop and I am super stoked on them! Gotta make some room!

We are hosting a DVD premiere party for the new Shadow DVD three years in the making and it’s finally done. It’s going to be a good time so make sure you come out. There will be more info on The Come Up soon and we will post more updates on Facebook and Instagram later.

Our big Spun ramp is coming out once again for this awesome event when they shut down the streets to cars and traffic and everyone can play in the streets. There will be tons of fun stuff to do for the kids and we will be putting on another awesome BMX demo. Be sure to come out for this one if you missed us on July 4th.

We had some Spun spandex made. They mixed up the color and sent us these hot pink jerseys instead of red. 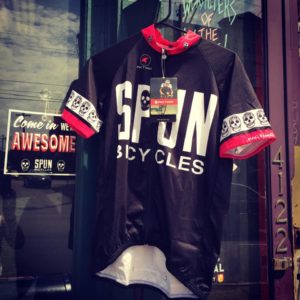 Pactimo was so freaking cool about the entire situation – they let me keep the pink jerseys and I decided to sell them for $50 with 100% of the proceeds going towards this awesome 501c3 program, Riding Forward. Our mission at Riding Forward is to advocate, educate and develop today’s youth and communities to reach their full potential through partnerships involving two wheeled sports.

We are gonna use the monies to buy a few kid’s bike demo’s for the new Bike Park at England Idlewild. The guys from Riding Forward and a bunch of volunteers built a pump track, jump lines and a slalom BMX course will be added in next month. Check it out. 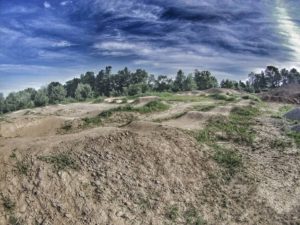 If you want a jersey, I have a few left, mostly race cut, in medium and a large, and maybe a medium club cut too. Hit me up. Also, Spun jerseys in the correct color red will be arriving mid week and it’s a limited quantity so if you want one of those, hit me up. They are sweet!

Past Events (we have been having a TON of fun).

Last weekend we went to Danger Wheel. Downhill trike racing, DUH! It seemed appropriate and fun so we got a team together – two guys to push, a driver, and two to brake. The event was a blast! We got to see so many friends and compete against the Old Fools BMX guys everyone had a blast. I cannot wait to do it again next year! 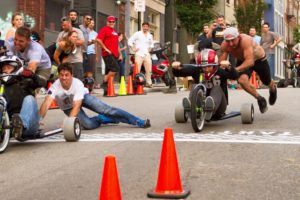 July 4th Parade and SPUN BMX Demo was a raging success. Here are a few of my favorite pictures that ended up on the interwebs and here is a link to even more. 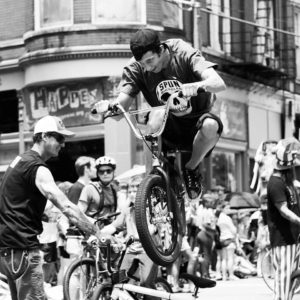 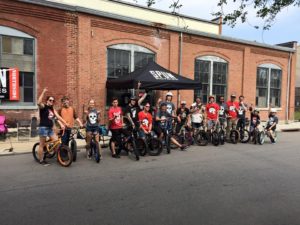 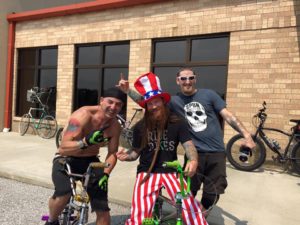 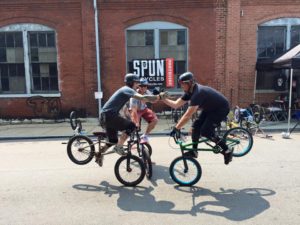 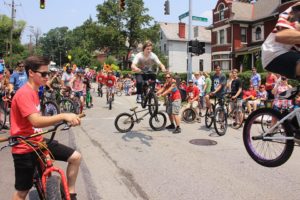 That’s it. Hope to see ya’ll soon. Thanks for reading.