Everyone in the local BMX scene knew BJ and his son Jordan. They were together every night at the local skatepark. Jordan, a gifted child with mad skills in both BMX and skateboarding, was going to go places in one, if not both, sports. His father was so proud of him – BJ was that special Dad you see at the skatepark, making sure his kid had everything he needed to excel in both sports.

And then suddenly in June, BJ passed away from a seizure disorder.

All we could think was, what will happen to Jordan? How can we make sure he keeps riding and skating? Cuz that’s what BJ would have wanted. 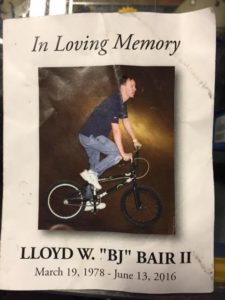 Dominic and I set up a Go Fund Me and immediately folks from all over were sending in donations, both money and some big ticket items to raffle off. We were floored by the generosity of our Spun Family. When it was all said and done and the items were raffled off, we were sitting on enough cash to build Jordan a custom BMX bike. A bike that his Dad would have wanted him to have.

S&M helped us out with an 18″ ATF frame. Custom powder coat by Killer Koatings and of course they nailed Dominic’s vision. BJ had wanted Jordan to have front brakes and the month before he passed away he bought an FBM fork that we had welded for brake mounts. We never got to install the fork on his old bike and we wanted it to be a part of his new one. BJ always put so much thought into what Jordan needed to progress in BMX. We went with a Colony wheelset, sealed hubs and double walled rims. Matt Coplin at Profile Racing helped us with the cranks, stem and sprocket. Dominic chose taller bars, 8″ S&M Slams, the new FIT Cafe seat and FIT tires. We added a gyro, front and rear brakes and silver braided Jagwire cables.

BJ would have approved. 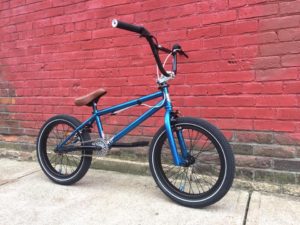 We talked it over with Jordan’s mom and granny and it was decided that we would give Jordan a Christmas party here at the shop complete with a shopping spree at the skate shop half a block down.

Gary Collins of Galaxie helped Jordan pick out a new board, trucks and wheels. 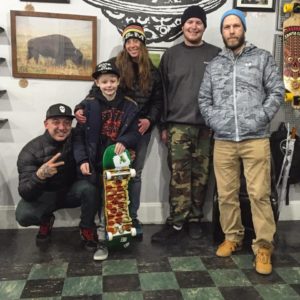 We got a bunch of pizza delivered to the shop and Jordan’s family and friends showed up for the party. When Dominic brought the bike out for Jordan he told him that everyone, including his Dad up in heaven, just wanted him to keep riding and skating. 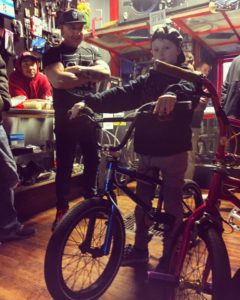 Thanks so much to everyone who helped out with donations last summer, and to everyone who came out to help make this day a success. We are so blessed to have you all in our lives. 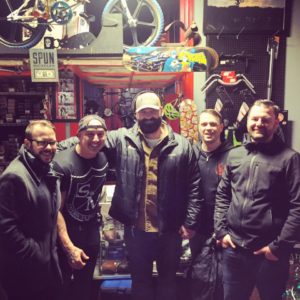 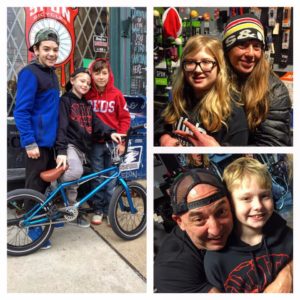 We all miss BJ so much. Next time you see Jordan at the skatepark, give him a high five, ok?